The 8th grade basketball teams competed in the BBJH invitational this weekend. B team competed hard but came up short going 0-2 for the tournament.

A team played a tough game Friday but fell short 33-31 to Lynn Lucas. Saturday was a different story. The team came out on fire led by the great defense of Sam Mattingly and Anthony Archer and beat Brabham 40-34. This win put them in the consolation championship against Bear Branch where the Mustangs would come out victorious once more after a second half comeback once again led by the defense, only giving up 1 third quarter point. Brandon Taylor led the scoring with 16.
MJH BASKETBALL RESULTS 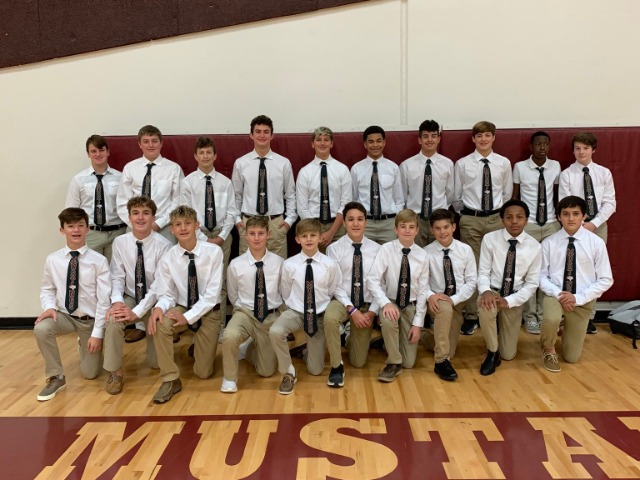